Shri SP Kamath, CGM – PE & Production Planning gave overview of the events carried out during Saksham 2019. He mentioned that Saksham Cycle Day was a special event of the month in which more than 450 cyclists participated. The competitions like Online ENCON Quiz for Employees and Painting, Debate, Quiz & Essay competitions for DPS children were held and received overwhelming response, he informed. Steam Leak Survey conducted by external auditors have reported that the Specific Steam Loss, i.e. Kg of steam leak per ton of steam generation, was reported to be 0.86 as against 0.76 in January 2017. The energy conservation campaigns were also conducted at Retail Outlets, he reported.

Shri M Venkatesh, our Managing Director while speaking on the occasion said that for the first time after Phase III commissioning we could bring the F&L below. 10 and said that it would be a challenge to maintain it below 10. We have still areas of improvements to contribute towards energy conservation, he said. We at personal level at home should reduce our energy consumption by 10%, be it in cooking, electricity consumption or in transportation, he opined. If we do so it would be a great service to the country, otherwise our energy securitywould be under threat, he conveyed. He said that we participated in the Cycle Day to communicate to the public at large about the energyconservation and thanked MRPL Saksham team for conducting Saksham 2019 effectively.

The prizes were distributed to the winners in various competitions conducted for employees and DPS children. 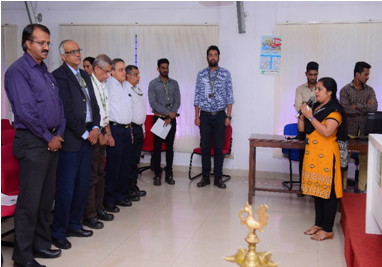 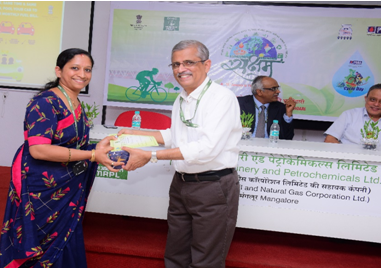 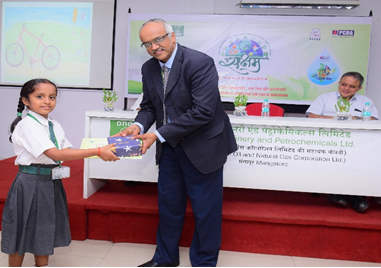 The Board of Directors of Mangalore Refinery and Petrochemicals Limited (MRPL), a subsidiary company of ONGC and Schedule “A” Mini Ratna Company, approved its Un-audited financial results for the Third quarter (Q3 FY19) of FY 2018-19.