‘Despair is most often the offspring of ill-preparedness’ - Don Williams, Jr In our ever continuing pursuit of better preparedness for Disaster Management, an On-Site Emergency Plan Mock Drill was conducted on 18th December 2019 under the aegis of various wings of district administration. This exercise not only falls under the District Disaster Management plan but also is an opportunity to re-assess our preparedness for any potential emergency and to re-arm ourselves with any mitigative measure like tools, procedures or simply improved awareness. 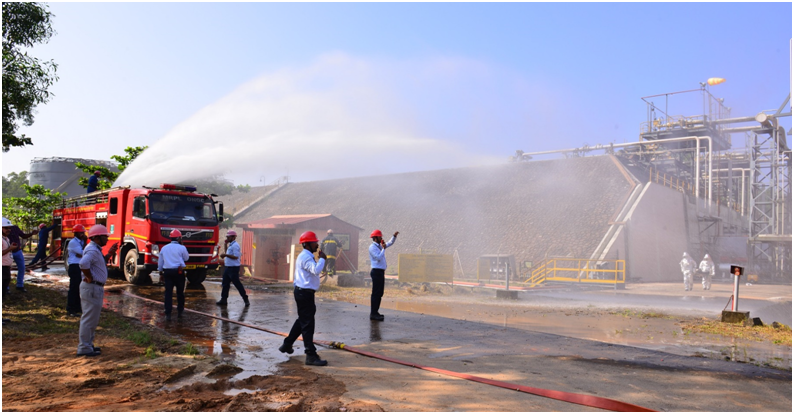 The venue of On-site Emergency Plan Mock Drill was LPG Mounded Bullets area. The scenario for the Emergency Exercise was arresting LPG leak through LPG Transfer pump GA 37013-C 8” discharge line vent (3/4”) at LPG Mounded Bullet area. The scenario was executed well through active and enthusiastic involvement of all internal departments as well as mutual aid agencies, neighbouring members of the industrial fraternity and various wings of district administration.

A review of the mock drill was held at Netravati building immediately after the drill. Mr Satyanarayana S. (Senior Manager- OM&S)narrated the sequence of events in an eloquent manner. Deepak Babu from F&S co-ordinated the proceedings. External observers (who were mainly the officials from neighbouring industries like OMPL, PMHBL, BASF, MSEZ and Total Gas) presented their observations. All the observations raised by various external observers were noted and action plan for future improvements was discussed. This meeting was chaired by Director- Refinery and was attended by all the HOD’s, GGM’s and associated departments and members of team MRPL.

Fire and Safety department organised the event in an extremely efficient and professional manner which was appreciated by the dignitaries and the observers. Shri RK Parthasarathi, Deputy Director of Factories, praised the seriousness shown by MRPL towards performing mock drill which he said that was exemplary in the state of Karnataka. Members of district administration also spoke encouraging words and appreciated the overall preparedness demonstrated by MRPL. 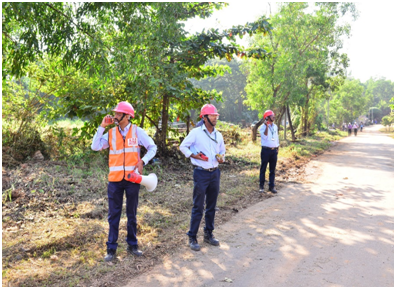 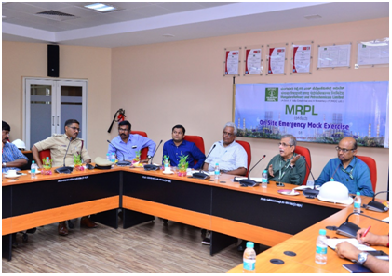 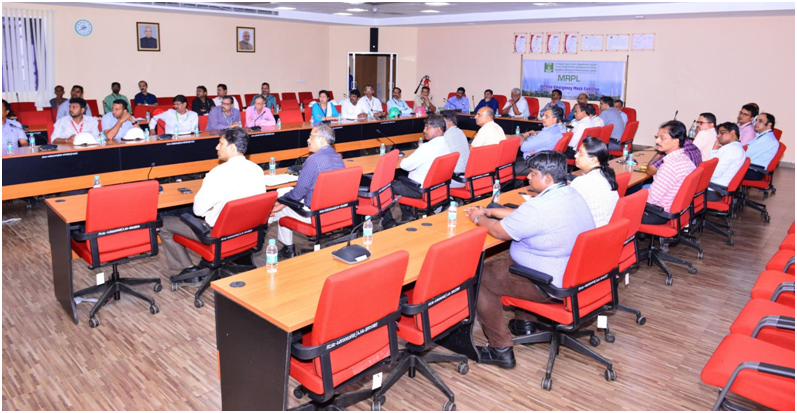 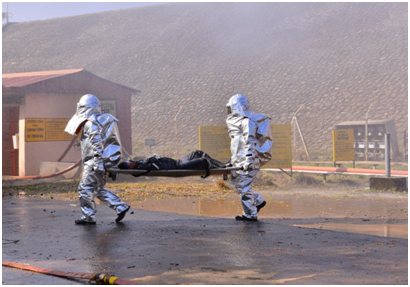 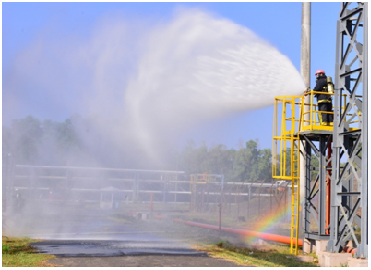 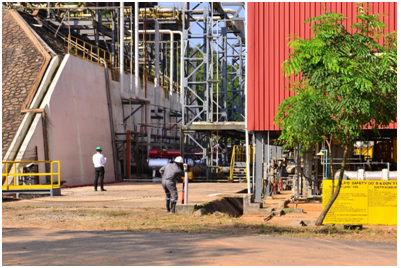 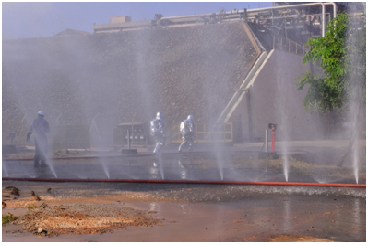 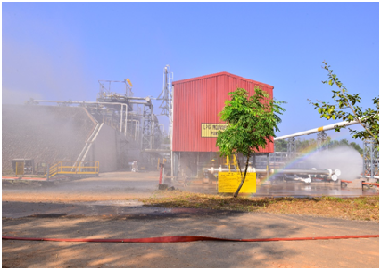 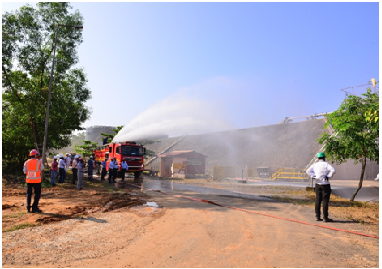 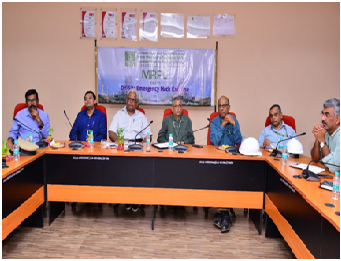 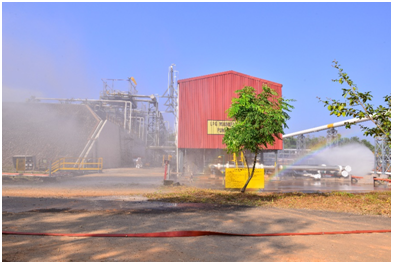 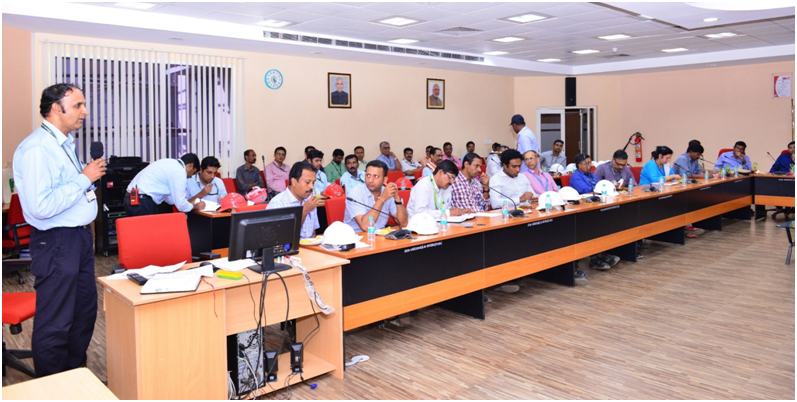