The Constitution Day Programme was held in Training Centre on 26.11.2019. Ms Noopur K Bhalla, Manager - Vigilance welcomed the gathering by briefing the audience about commemoration of the Constitution day. The preamble of the Constitution was read out in Hindi, English and Kannada by Shri Sanjay Varma, GGM I/c Refinery, Shri T Ramakrishna, GGM – Projects and Shri Sushil Chandra, GGM- Corporate Strategy respectively. 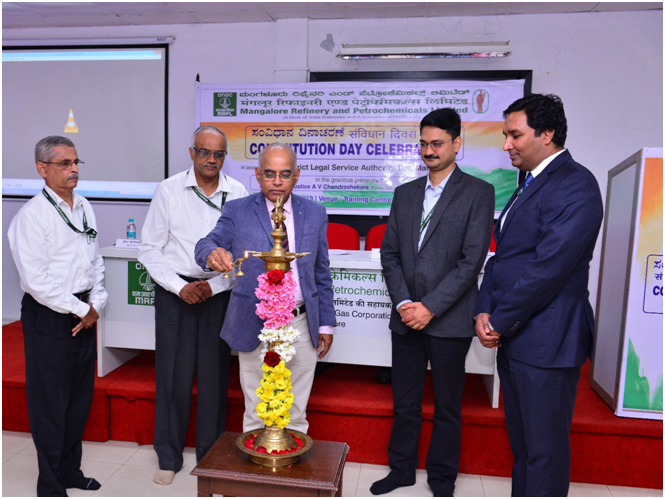 Shri Al Rafeeq Moideen, GM - Law while speaking about the significance of the day said that ours is a biggest, lengthy and robust constitution but this also could fail if people are not worthy. He spoke on the fundamental duties and appealed the audience that on this 70th Constitution Day let us be more responsible towards discharging our duties towards our motherland. The GOI declared in the year 2015 that 26 November will be celebrated as "Constitution Day" since that year was the 125th birth anniversary year of Dr B. R. Ambedkar (14 April 1891 – 6 December 1956), who is known as the architect of the Indian constitution. Shri M Vinayakumar, Director Refinery spoke on the occasion and said that we ourselves have given this constitution to us so that we can live peacefully and fearlessly. We have checks and balances in place in our constitution so that none of the institution can cross its limits of authority, he said. There are fundamental rights that we enjoy but at the same time we owe fundamental duties towards our nation he reminded.

Shri Rajeev Kushwah, CVO said that our constitution was drafted in a very short time in comparison to other countries. Since 1979 BAR council of India started to celebrate as National Law Day but only since 2015, it became everybody’s event as Constitution Day. Shri Rudolph VJ Noronha, GM – CC introduced Hon’ble Mr Justice AV Chandrashekara, the chief guest of the programme. His experience as High Court judge also included denying bail to Late Ms Jayalalitha, then CM of Tamil Nadu, he said.

Mr Justice A V Chandrashekara, Retired H C Judge spoke on the occasion and remembered the great contribution of Dr B R Ambedkar. He also spoke on Justice H R Khanna one of the finest judges of Supreme Court, who upheld the fundamental rights of the citizen in his judgement. Common man’s perspective is more important in framing and implementing laws, he said. Dr Babu Rajendra Prasad had praised the advisory role played by ‘Mangaluru man’ Dr Benegal N Rau in drafting of the constitution and had referred him as Chief Architect, he said. Chief Justice of America that time had also said that if the president asks him to appoint a judge then his choice would be none other than Dr BN Rau, he recollected. Fundamental Rights and Directive principles of state policy have harmonious relation between them in our constitution, he said. This nation has a great history, we have well-reasoned constitution and only our country has the ability to meditate between any two hostile countries, he remarked.

Shri M Venkatesh, our Managing Director spoke on the occasion and read out the fundamental duties of the citizen. He gave a statistics of shortfall of judges and pending cases in various levels of courts. Follow company rules and be law abiding citizens, he advised. He briefly introduced about company’s achievements to chief guest in respect of sewage water usage, maintaining greenery and women workforce in MRPL.

The prizes were distributed to the winners of the competitions. 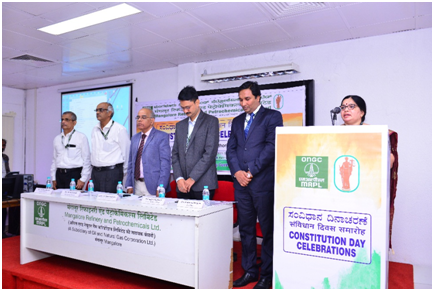 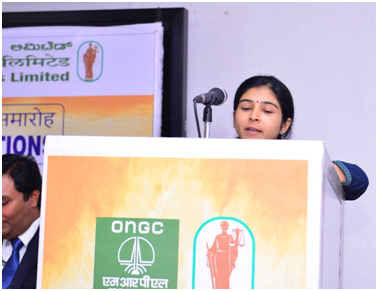 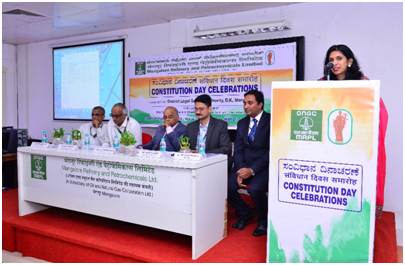 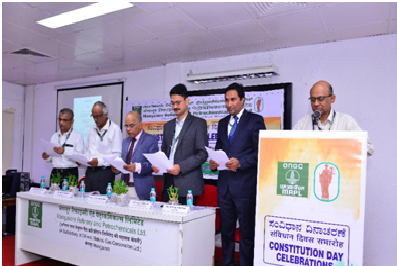 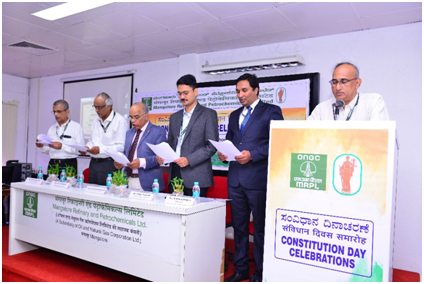 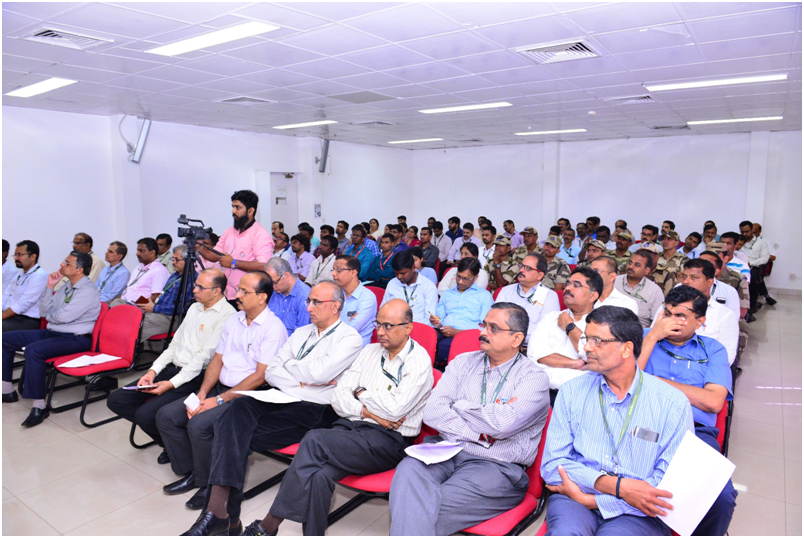 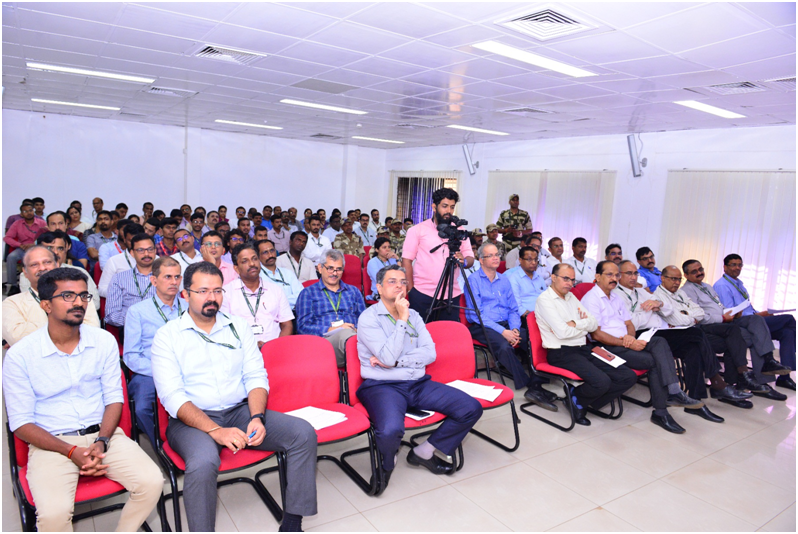 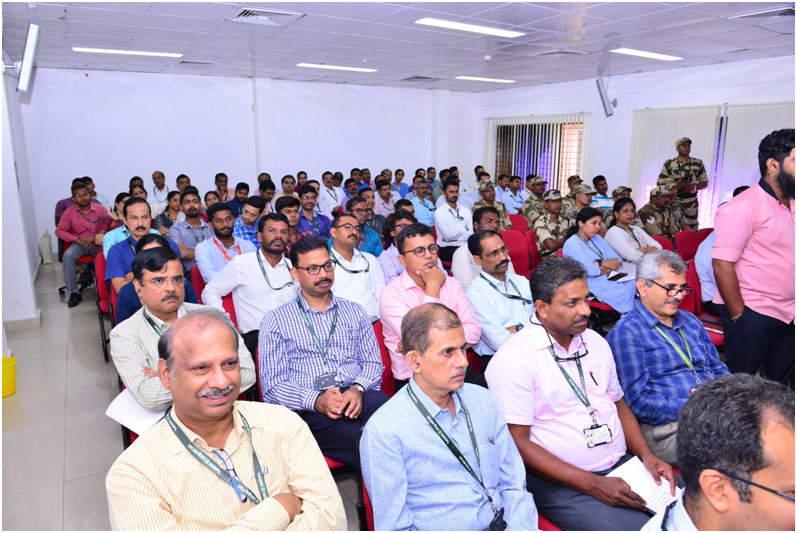 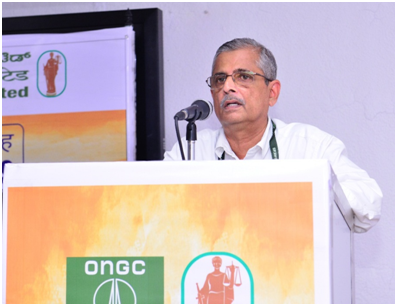 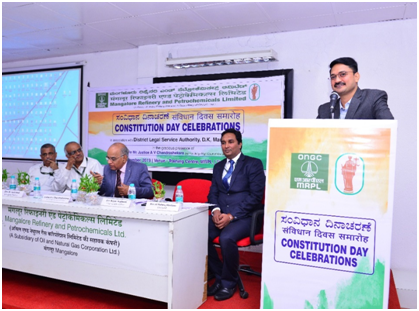 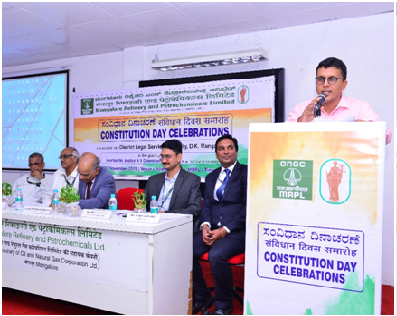 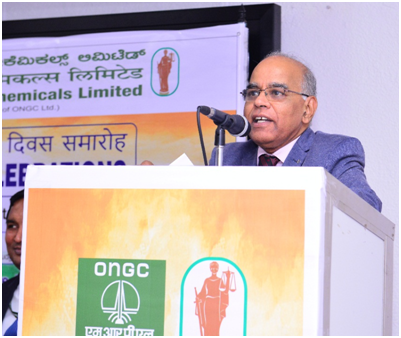 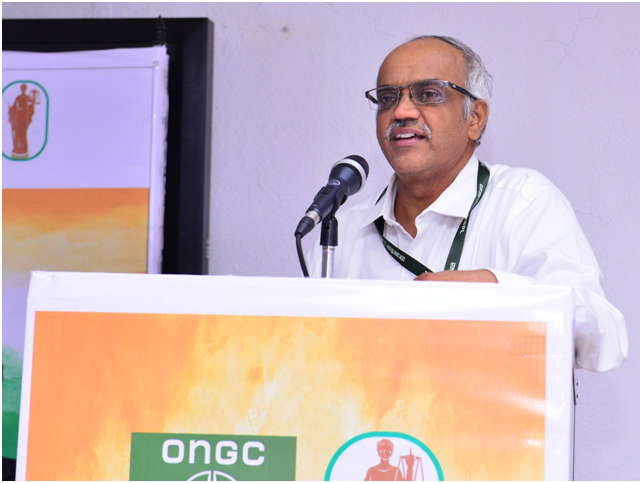 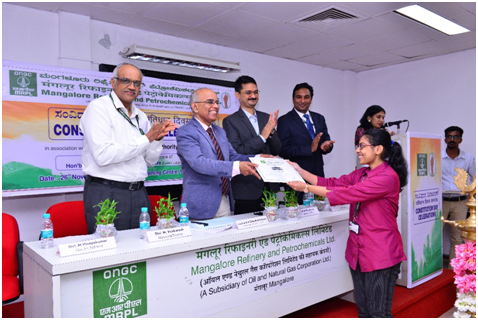 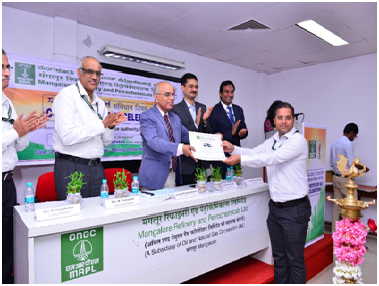 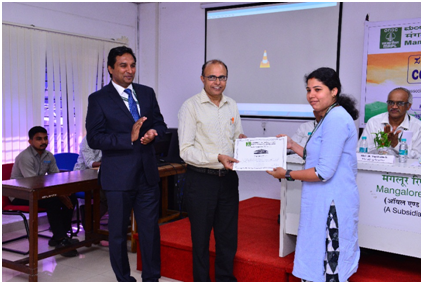 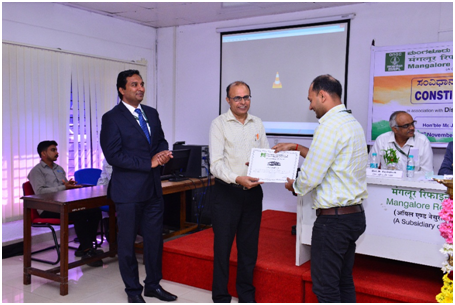 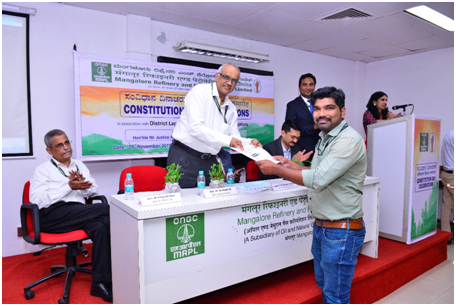 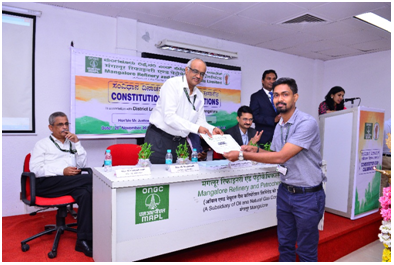 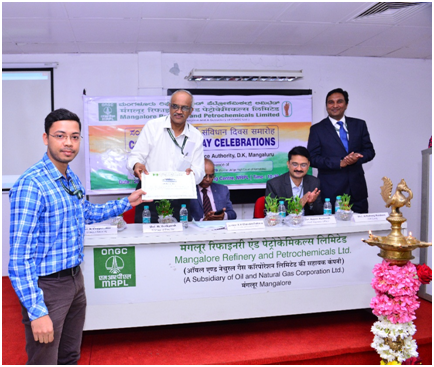 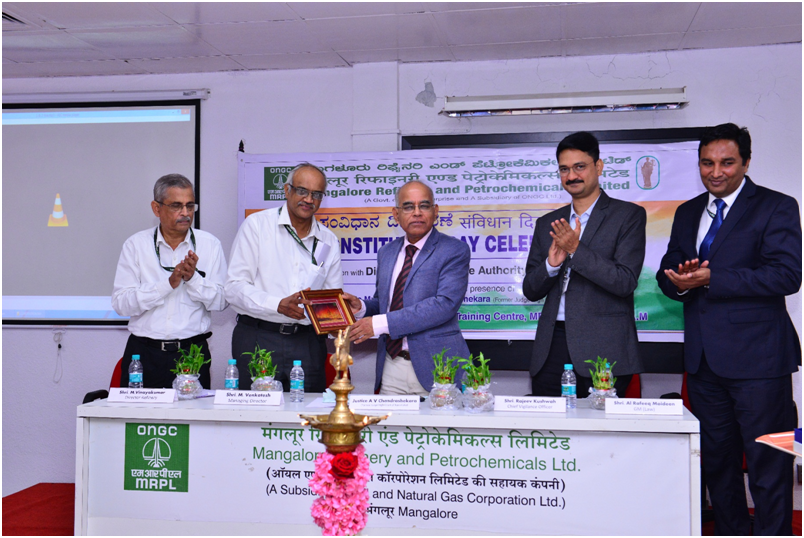 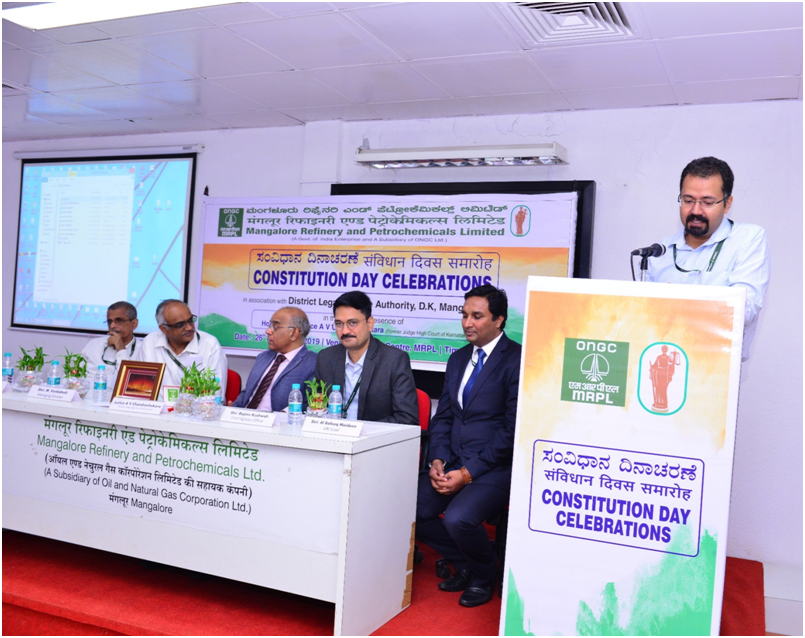 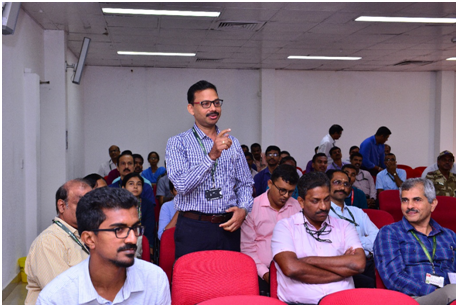 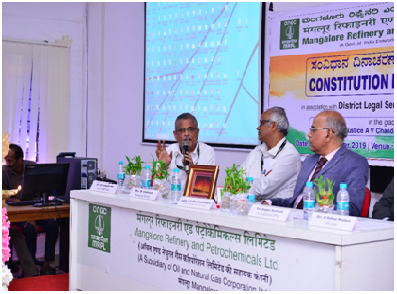 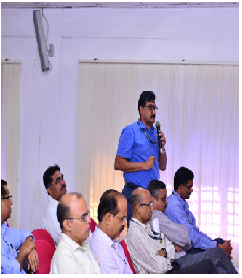 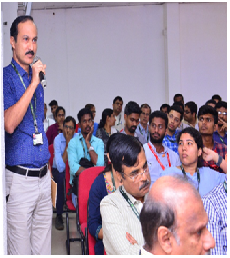 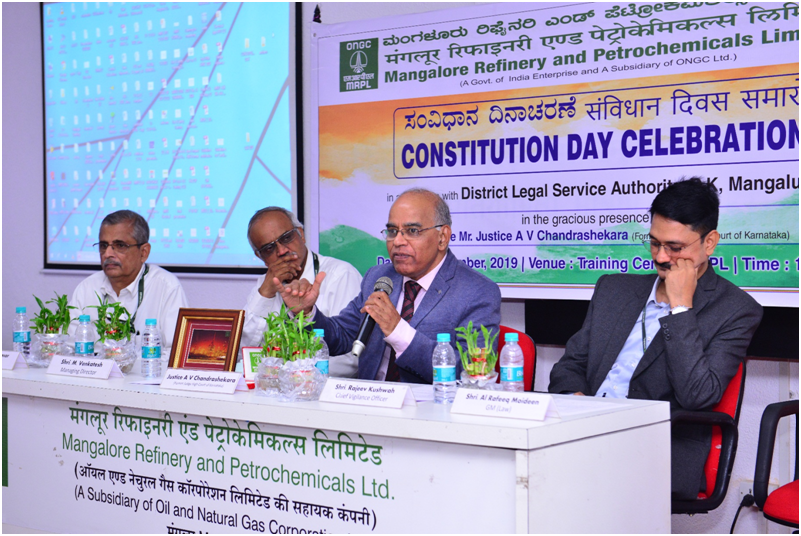